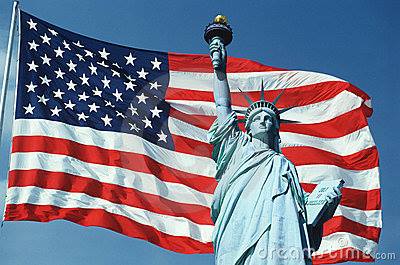 Adriana Scott was adopted from Mexico when she was just weeks old. While growing up on Long Island, N.Y., she noticed that she looked nothing like her cousins.

She had no idea why she excelled at certain things. “I’m very into music and into dancing,” she says. “My family’s not like that, really.”

But what she didn’t know was that she had an identical twin sister who lived just miles away in New York City. Last fall, Correspondent Lesley Stahl reported on their remarkable reunion.

For 20 years, Diane Scott hid the truth from Adriana.

“My greatest fear was when she was gonna find out that she had a twin sister,” says Diane. “I was afraid she was going to be really upset by it. In her mind, I think she’s gonna think we separated them. Why couldn’t we adopt her, and she would hold it against us.”

It began when Diane, an office receptionist, and her husband Peter, an administrator at a moving company, decided to adopt a child 20 years ago. They flew to Mexico to pick up their baby girl, but they had no idea at the time that she had an identical twin.

Their Mexican adoption lawyer broke the news to them. “The birth mother had taken her out of the hospital and had run off with her,” recalls Diane, who says she would have definitely adopted both girls.

A year later, Diane and Peter learned that their daughter’s twin was living somewhere in America.

“We thought somewhere upstate near Canada. He wasn’t sure of the name. He thought it was Rabbi,” recalls Diane, who thought their lawyer meant the twin had been adopted by a rabbi.

They decided never to tell Adriana. But every time Adriana whined about being an only child, Diane says her heart would break a little: “You go through life giving your children whatever you can. And I always feel like that was the most important thing for her. And that was the one thing we couldn’t give her.”

Years passed. Adriana graduated from high school and enrolled in a local college on Long Island. Diane’s secret seemed safe. Until one day, Adriana met a boy, Justin Lattore, who had a crush on her. They went out a couple of times, but there were no sparks.

Then, Justin’s buddy, Rueben Morales, decided to set him up with another girl, Tamara Rabi, who looked like Adriana. She went to a nearby college, just 10 minutes away.

“I walked in and I saw her and I was just shocked. I was like, ‘Wow. You look exactly like Adriana, this girl I’m seeing right now,'” recalls Justin, who started asking her questions. “It got clearer. They have to be sisters.”

But it wasn’t the first time someone told Tamara that she looked like someone they knew. In fact, she always thought she had one of those very familiar-looking faces — until Justin started telling her more about Adriana.

They even had the same birthday. So Justin decided to leave Adriana a message and ask her to call him back. Soon, Adriana had Tamara’s email address and they decided to email each other.

“I was really nervous. I thought, you know, this has to be the one,” says Diane, about the moment she had been dreading for 20 years.

Diane asked Adriana to give her last name. It was Rabi. “I said, ‘Gee, Adriana, we have to talk,'” says Diane. “I kinda just told her what had happened … And she just looked at me.”

To her mother’s surprise and relief, Adriana wasn’t angry. She was ecstatic. She said she had always wanted a sister.

A few minutes later, Adriana typed an email to Tamara: “My mom says you’re my identical twin sister.” Tamara and her roommates didn’t believe it, so Adriana sent them her picture. “I was shocked. It was such a shock,” says Tamara.

“Sometimes, at family events, I’d sit back and they all look alike except for me,” says Tamara. “I wonder like what my birth family looks like. If they look like me.”

Source:  Twist of Fate: Twins Who were Separated At Birth Meet Up After 20 Years.