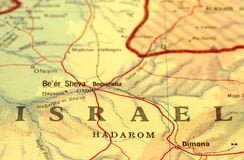 The stories have been circulating in Israel for decades: Newborn babies and young children of Jewish immigrants from Arab countries mysteriously disappeared shortly after arriving in the country, purportedly snatched away and given to childless couples of European backgrounds.

Although a series of inquiries have dismissed claims of abductions, the accusations of a conspiracy have lingered. Now, the government is moving to declassify reams of documents surrounding the affair, hoping to unravel a 60-year-old mystery that touches on one of the most sensitive issues in the country: the long-simmering fault line between Jews of European origin and those of Middle Eastern backgrounds.

Leading the charge is Nurit Koren, a freshman lawmaker of Yemenite origin from the ruling Likud Party.

“I want to know the truth. I want to know who took the children, where they were taken and if they are alive,” she told The Associated Press. “This is a serious wound that needs to be opened to heal society.”

Arriving from Arabic-speaking countries in the Middle East and North Africa after Israel’s establishment in 1948, many Mizrahi, or Middle Eastern, immigrants were sent to shantytown transit camps and largely sidelined by the European, or Ashkenazi, leaders of the founding Labor Party. This seminal experience contributed to their massive support for Likud.

Among the immigrants were more than 50,000 Yemenite Jews, often poor and with large families. In the chaos that accompanied their influx, some children died while others were separated from their parents.

But many say the reality was far more sinister, that the establishment kidnapped these children — and others of Iraqi, Tunisian, or Moroccan descent — to turn them over for adoption by Ashkenazi families in the belief that they could give them a better life.

Three high-profile commissions dismissed the claims and found that most children died of disease in immigration camps. The final one, in 2001, said it was possible that some children were handed over for adoption by individual social workers, but not as part of a national conspiracy.

However, citing privacy laws, it ordered that the testimonies it collected be sealed for 70 years. At Koren’s prodding, Prime Minister Benjamin Netanyahu has appointed a Cabinet minister to re-examine the material and consider publishing it.

“I think it is time to find out what happened, to do justice and make order of all this,” Netanyahu said.

The renewed interest in the case comes mostly as a result of the efforts of second and third generation Mizrahi advocacy groups. They’ve collected new testimonies, launched awareness campaigns and opened a DNA database for those interested in tracking down their biological families.

Avi Josef, a brother-in-law of Koren and leader of the “Achim Vekayamim” nonprofit group, said most estimates are that about 5,000 children went missing, mostly Yemenites in the 1950s. He said an aunt and two cousins of his vanished under mysterious circumstances.

His mother’s account is typical of others they have collected. Josef said she was asked to take her 4-year-old sister Saada to a health clinic and leave her there. When she returned several hours later, she was told her sister had died, but the family was given no further details or a body to bury. As impoverished new immigrants, they had neither the resources nor the wherewithal to challenge authorities, he said.

“It’s a double injustice,” said Josef, a 45-year-old lawyer. “First they were traumatized and then they were told they couldn’t make any claims. They didn’t even let them grieve properly.”

His 84-year-old mother, Yona, wept as she clutched an old picture of herself as a child in Yemen.

“She just disappeared, like they took her to the moon,” she said. “It still hurts my heart.”

Josef says there is no way the scheme could have been carried out without institutional backing and insists there has been a cover up. He said his campaign is only seeking closure.

Others are less forgiving.

“This is a crime of the largest scale that touches almost every family. It’s a crime against humanity and it’s no different from any other Holocaust,” said Shlomi Hatuka, a poet and activist of the Amram organization.

He casts his campaign as part of the “Mizrahi struggle,” claiming that despite widespread intermarriage and material gains, discrimination remains rampant at the hands of the Ashkenazi elite.

He says several government ministries and other state bodies provided children for Ashkenazim who had none or simply to make money by selling them to rich Jews abroad. He won’t be satisfied with opening the protocols of a state commission he doesn’t trust and demands that all the adoption files be disclosed.

“Anyone who was adopted in the 1950s can’t know for sure who their parents were,” he said.

After years of dismissing the abduction stories as urban legends, polls show the public now overwhelmingly believes the claims need to be investigated. But with few leaders of that era still alive, and others wary of going public, the painful saga may never be resolved.

Josef acknowledges that most of the adoptees are unlikely to want to open this “Pandora’s box,” but he thinks that the state admitting to a historical wrong would help ease the pain of the original families.

“The worst part of this is the uncertainty, not knowing what happened to the children,” he said.

Some of those with doubts have not waited for authorities.

After a lifetime of people questioning why he looked different from his European Holocaust-survivor parents, Gil Grunbaum started searching at age 40 at the prodding of his wife.

By using adoption databases and questioning relatives, he discovered that he was born to an immigrant from Tunisia who bore him out of wedlock and was told he had died during childbirth. He later reunited with his biological mother, but never had the heart to confront his elderly parents before they died.

“I have some closure and I’ve been able to move on,” said Grunbaum. “But I’m convinced that there are hundreds more like me out there who just don’t know.”

For more news on industry practices, go to Adoptionland.org
To get a copy of Adoptionland: From Orphans to Activists visit here.
Need Adoption Books written by adult adoptees for your organization, business, non-profit, or school at wholesale costs? Email Sales@adoptionbooks.org or call (971) 345-5440. Media inquiries email info@adoptiontruth.org