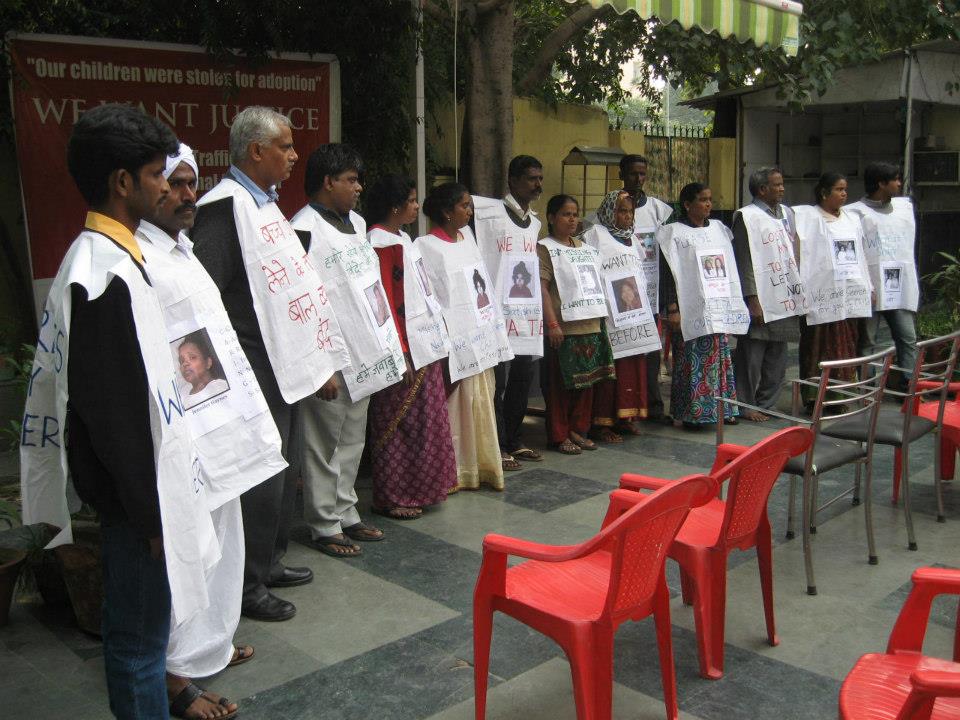 In the years leading up to its accession to the EU, Romania was forced to reform its child rights policy. It was one of the many conditions for its future EU membership. From 1999 to 2006, a brave woman called Roelie Post, a public servant at the European Commission, worked tirelessly on the Romanian case files. As her understanding and knowledge about the politics behind international adoptions grew, she blew the whistle on widespread corruption in the industry calling it “legal trade endorsed by governments”. In 2001, Romania placed a moratorium on international adoptions, and four years later, officially banned the practice. The orphanages that were “selling” children abroad were closed and modern child care initiatives established.

The reasoning behind this is simple: the EU does not believe in exporting its children to other countries.

It holds that it is the duty of every state to provide assistance to families in raising their children, and to provide suitable care for children temporarily deprived of their families. In other words, to work in children’s best interests, which would mean that they are protected and cared for in a way that preserves their personal, social and cultural continuity.

Fifteen years after Romania’s ban, there is no respite to the sale of children in the name of intercountry adoption. The illegal adoption industry has moved elsewhere and has been targeting other poor countries of the world.

The demand for children to adopt keeps prices high and creates a lucrative marketplace where babies can be traded as commodities. This is a massive market consisting of childfinders, baby snatchers, traffickers, criminal gangs, and fraudulent agencies.

According to whistleblower Arun Dohle, much of intercountry adoptions today are sugar-coated baby markets that attempt to legalise child trafficking, an organized crime.

This is huge and I began to understand the real magnitude of the problem when I started work on my documentary film to investigate the corrupt system of intercountry adoptions. After several months into the project and a journey that has taken me on an emotional roller coaster from Singapore to Sweden to Netherlands to India, the only question that I am left with is:

Can there ever be an ethical market in intercountry adoptions?

We are often presented with an all-too-common narrative that families ought to save the orphans of the world or that there are needy and helpless children waiting to be placed in families that deserve them. But, the desire to provide every ‘needy child with a home’ has transformed into that of providing a ‘needy parent with a child’.

As supply falls short of the huge demand that exists for children, more and more babies are plucked out of the arms of their mothers and sold to an industry that is generating millions of dollars each year in a market where a child could cost anywhere from USD 40-70,000 or more.

Adoption is seen as a justified way of rescuing the world’s poorest children. The media are inundated with images of the West’s ‘benevolence’ and ‘mercy’ when Hollywood celebrities look to the impoverished countries of the world to adopt children. You applaud them for their kindness and generosity because you have been programmed into thinking that you ought to be saviors of the world’s orphans.

But, do these orphans truly exist in the supply chain to meet the huge demand? No. They are in fact ‘manufactured’ to keep the industry afloat.

Not all adoptable children are orphans.

Nearly 90% of the 143 million orphans have at least one surviving family member or parent or relative. UNICEF states that even if both parents are dead, “the chances of finding living relatives, a community and home to return to, exist”. Therefore, such children should not be considered for intercountry adoptions, but instead, family tracing should be a priority.

If we put a huge price on the head of every adoptable child, how can we ensure that children are not stolen or kidnapped or trafficked to serve the international adoption industry?

Adoption is NOT a child protection measure

Stealing a baby is one thing. Duping mothers into sending their children away is totally another. In none of the poor countries, do destitute and vulnerable mothers and first families understand the real meaning and intent of ‘adoption’ making ‘informed consent’ meaningless in these contexts. Do parents know that their children will be taken away from them forever to be planted in families abroad when they are asked to sign relinquishment documents? Questionable.

The toxic ingredients of the international adoption process are lies, deceit, coercion and false promises.

Often, the first families are told that their children are sent abroad for education, or “for a better future”. A future that is created by forcibly separating children from their biological families and packing them off to live in a white world. Driving this corrupt machinery is the misplaced belief that intercountry adoption is a genuine child protection measure, which it is not.

Bringing money into the adoption equation makes it inherently exploitative and imbalanced. As it’s always the poorest in our societies who are coerced into relinquishing their babies so that the murky adoption industry profits.

Even as I’m in the process of editing my film, there’s much for me to write about in the coming weeks: about what I discovered during my journey, about whistleblowers and crusaders, and about the truth behind intercountry adoptions…

Written and reprint permission given by  Sumithra Prasanna