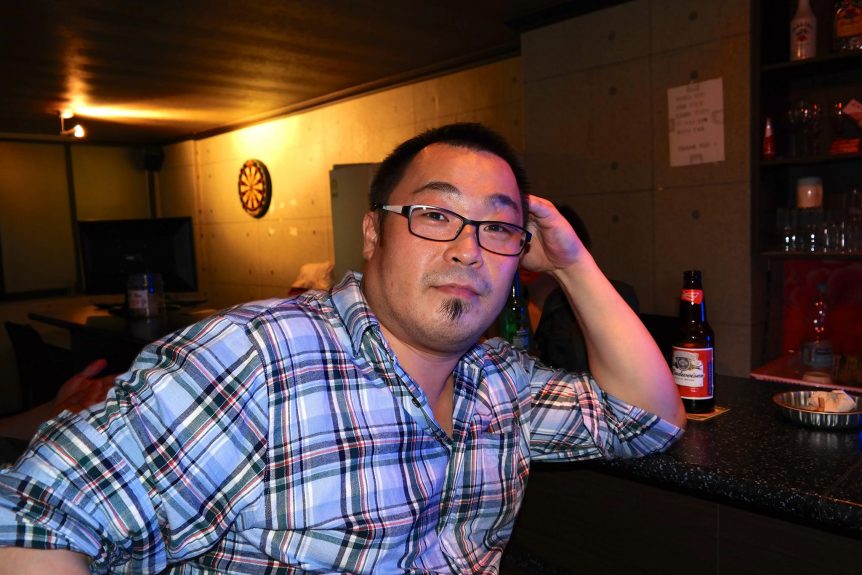 The child who went on the road to adoption 37 years ago, temporarily returned home in his middle age, anxiously searched for his biological parents and at the end turned to ashes.

The funeral of Jan Sørskog (45, Korean name Chae Sungwoo), a Korean adoptee with Norwegian citizenship who left this earth after spending five years looking for his biological parents in his homeland, took place in a solitary way at a hospital in Gimhae on the 11th.

Mr. Jan was placed in his casket on the night of the 10th.

An autopsy was carried out to find out the cause of death and he was placed in the hospital’s cold morgue for 20 days until his surviving family members could be found and could decide on the funeral.

The Gimhae Jung-bu Police Station that was in charge of the case had difficulty in contacting Jan’s adoptive mother through the Norwegian embassy and decided on funeral proceedings when they did get in contact.

Jan’s adoptive mother was in a situation where she could not come to Korea and arrange a funeral and a proxy was entrusted with claiming the body.

The proxy was a president of a cremation company here in Korea.

It has been said that Jan’s surviving family will receive his remains in Norway after the cremation and there are plans to finish funeral proceedings there.

Company President Kim Il Kwon was entrusted with the funeral by the surviving family members and said, “My heart ached after hearing of the situation of the deceased who was adopted abroad” and “The family members in Norway are anxious to meet with Jan whose life ended in a lonely way here in Korea.”

The company said that the body was moved to a crematorium in Miryang an hour away and the cremation took place there.

4 members of Koroot, an organization that the deceased previously stayed at and is a shelter for overseas adoptees, arrived and helped with the procession.

After the cremation that took about 2 hours, the burial urn was immediately taken to the airport.

The remains should leave on the 12th from Incheon International Airport and will go into the arms of the Norwegian adoptive mother.

Even though Jan had previously said to his acquaintances, “If I die, I want to be buried in Korea”, his dream could not even come true in death.

The results of a police investigation were that Mr. Jan was adopted to Norway at the age of 8 in 1980 through Holt Children’s Services Inc.

He returned to his homeland in 2013 with a determination to find his birth parents and went worryingly from places like Seoul and Gimhae but it was in vain.

There was no information that he could use to find his blood relatives.

The only record that he had was his birth date and birthplace that was written in his passport as ‘January 18, 1974, Republic of Korea’.

The only things he had were distant memories of spending time in an orphanage near Gimhae.

Jung Sang Young, the general manager of Korea Adoption Services said, “ The only record is that Mr. Jan was found as a missing child at the age of 6 in Gimhae in 1978 and there are no other records left at all.”

Police said that as the search for his biological parents in his homeland became stuck, his health worsened due to depression and constant drinking.

There were alcohol bottles scattered all over, where Mr. Jan was found dead.

His acquaintances remembered that even in his lonely and bleak life situation, he had a warm heart in donating to other adoptees in need.

His acquaintances gave criticism and said, “Korea Adoption Services that was set up by the government did not properly do their job in counseling, treating, and diligently taking care of an adoptee at risk.”

Kim Do-hyun, the president of Koroot said, “When I look at the death of overseas adoptee Jan I think, ‘Is this a country” and “The country needs to step up and make it possible that all children are registered at birth and a universal birth registration system needs to come to realization.”

Ever wondered what it’s like to be adopted? This anthology begins with personal accounts and then shifts to a bird’s eye view on adoption from domestic, intercountry and transracial adoptees who are now adoptee rights activists.  Adoptionland: From Orphans to Activists.

THE “UNKNOWN” CULTURE CLUB: KOREAN ADOPTEES,
THEN AND NOW

Want to know why so many adoptees no longer tolerate the business of adoption? Wonder why so many adoptees disapprove of the practice and have banded together to fight for their rights to blood-family and adoption documents? The Unknown Culture Club, Korean Adoptees Then and Now.