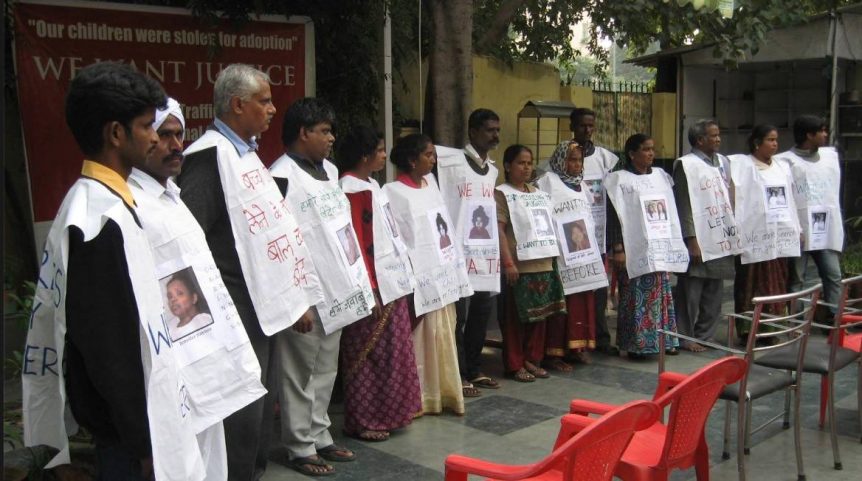 Fatima and Salya are the parents of four children.  In 1998,  one of them, then two-year-old was kidnapped then sold to a corrupt adoption agency that  forged  records to make it appear she had been abandoned. She was adopted by  a family in Queensland, Australia.

Indian police uncovered the scam in 2005 and arrested the child-stealers who  provided details of the children who were stolen. Their information was  matched with adoption agency records  that confirmed Zabeen’s situation,  prompting police to alert Australian authorities. They  said they would  investigate, but did not return the girl to India.

Fatima and her husband Salya, who have three other children, say since then   their efforts to be reunited with the girl have been rebuffed by Australian authorities and the girl’s adoptive family while Indian authorities appear powerless to lobby for the girl’s return.

Against Child Trafficking has been assisting the Indian family since 2007 in their efforts to reconnect with their daughter.