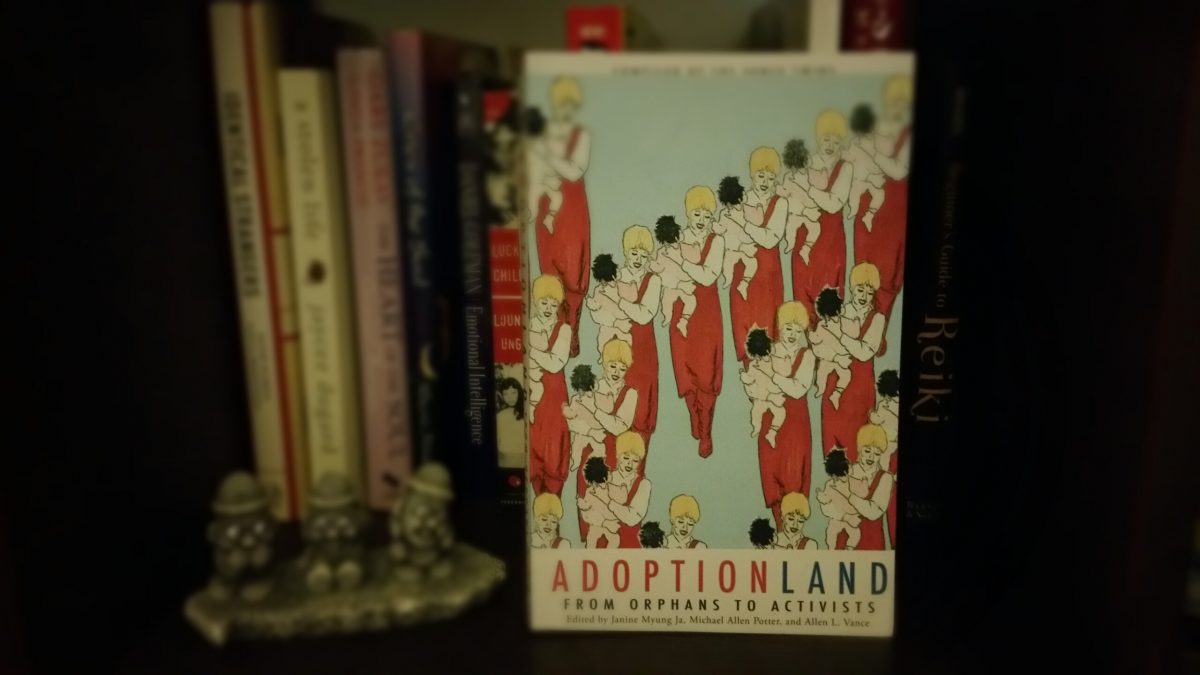 Compiled by the Vance Twins,  AdoptionLand: From Orphans to Activists, is an indispensable contribution to adoption literature. The essays, poems, and letters in this compilation reflect the thoughts, the feelings, the souls of those who inhabit AdoptionLand — a place of truth and acceptance for the casualties of the demand for children.

“There can be pain in adoption because for many, at the heart of it, is loss. …Adopted people navigate the unique, and at times, complicated experience of knowing there is fundamental loss in gaining an adoptive family.

The world of adoption can be beautiful and it can be painful; most often, this world is a combination of the two.”

Lucy Sheen describes it as “a no-man’s land between two cultures, two languages, and two distinct ‘what might have been’.” It is in this place, says Sheen, that adoptees wander without “benefit from the reflection of society’s mirror re-enforcing our physiognomy.” Identity is, she says, “elusive.”

ADOPTIONLAND: FROM ORPHANS TO ACTIVISTS

As a nation, we have come to embrace those with the courage of those like Caitlin Jenner who speak out about the pain of living a lie. Veterans of war are encouraged to not suffer in silence with PTSD but to seek help. We do not diminish their invisible wounds by suggesting that speaking openly of it was unpatriotic. Yet because adoption is held in high regard and generally improves the socio-economic status of the adoptee, their traumas are downplayed or totally dismissed. It is time we accept that adoptees and their parents of birth often live with PAST: post-adoption separation trauma, regardless of how much love they receive or feel in their adoptive homes.

What do the contributors hope to accomplish? That is as varied as are their experiences. Khara’s (South Korean born, adopted in Norway) dream “is for adoption to end” while Vanessa Pearce (born in India, adopted in Canada) wants “to end the myth that adoption always leads to a better life.” Peter Dodds (born in Germany, adopted to the US) would like the removal of children from their homeland to be the last resort and Lucy Sheen (who says she was “made in Hong Kong and exported to the UK”) wants the same for transracial adoption. Arun Dohle (born in India, adopted in Germany) wishes “for justice for all families who have been separated by adoption.”

As the word “activist” in the title indicates, many of the contributors are doing more than dreaming or wishing.  Dohle is the co-founder of Against Child Trafficking.  Another contributor, Janine Myung Ja, is co-creator of  “Adoption Truth and Transparency Worldwide Network”.   Tobias Hübinette  (born in South Korea, adopted in Sweden) was instrumental in founding “Truth and Reconciliation for the Adoption Community of Korea.  All are actively trying to eradicate the corruption and exploitation that adoption is riddled with.

To get the book visit here.