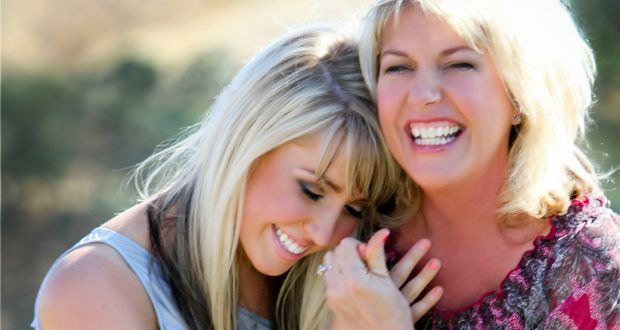 Paula Douglas’s birth certificate was forged and she cannot trace her birth mother.

Paula Douglas has known she was adopted from as early as she can remember. Her Irish mother Lil Holmes told her when she was four.

Yet, she remained puzzled. According to her birth certificate, her adoptive parents, Ronn and Lil Holmes, were her natural parents. When she was growing up she celebrated her birthday on April 9th, the day her parents “adopted” her, but her date of birth was April 2nd, 1959.

She looks nothing like her parents and at 5ft 7in is much taller than them.

“They always told me I had to be sure to use April 2nd on any legal documents because that is my legal date of birth,” she said.

“They always insisted that my real birthday was April 9th and that’s what we always celebrated. I remember asking them about this several times over the years. I always got a different story as to the reason behind the different dates.”

Ms Douglas spent her first two months in Dublin before she and her adoptive parents moved to the United States. She lives in Livermore, California.

Today is World Adoption Day which is being deemed a “celebration of worldwide adoption”, but for women such as Paula Douglas, it only serves as a reminder about the legal and moral uncertainty around her background.

Thousands of Irish children were adopted in the United States. The film Philomena was based on the true story of Philomena Lee and her search for her son Michael Hess, who became White House counsel to US Presidents Ronald Reagan and George W Bush.

Attempts to get more information from her parents have proved to be very difficult. Her adoptive mother is now 83 and in the early stages of Alzheimer’s. Her adoptive father died in 2012.

Ms Douglas has been happily married for the past 34 years and works as an executive assistant. She has a daughter, Caitlin (25), who is getting married next year.

Her close relationship with her daughter makes her want to find her own birth mother. “Not knowing what my birth mother looks like, it is nice to be able to see some of me in my daughter,” she says. “My husband assumed I had never wanted to try and find my birth mother. That’s not the case at all.

“I just assumed there was no way I could ever get enough details to find her. The most I was ever told was that they adopted me from the nuns in Ireland. They never really talked about it that much.”

Her aunt recalled accidentally opening a letter addressed to Ms Douglas’s mother which stated she (Ms Douglas) had been adopted.

Seeing the film Philomena made her want to pursue the matter further. “I guess that is when it all sank in. It was so upsetting, way too close to home. I had no idea that any of these issues had happened in Ireland. ”

The circumstances of her illegal adoption make it even more difficult. She does not know where she was born or how she came to be adopted. Sadly, her case is far from unique.

The Adoption Rights Alliance believes the practice was widespread, accounting for between 10 per cent and 15 per cent of all adoptions carried out since the Adoption Act of 1952.

Alliance director Susan Lohan said the practice amounted to the “falsifying of the most fundamental record of someone’s identity”, which is a crime, as is not notifying the Adoption Board that an adoption had taken place.

Ms Lohan has appealed to the public who might know of other such illegal adoptions to give their information to the Adoption Authority.

Paula Douglas (pauladouglas9@yahoo.com) is hoping somebody might have information which will help her find her birth mother.