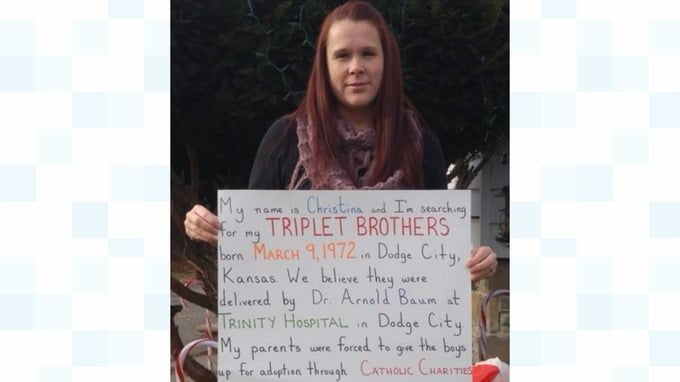 A couple has launched a heartfelt appeal on social media in a bid to try and find the triplet sons they were forced to give up for adoption 43-years-ago.

Cynthia and Brian Bush gave up their three sons in 1972 after Cynthia fell pregnant as a teenager, but after going on to get married and raise three more children the couple have always wondered what happened to their triplets.

Now, with the help of daughter Christina Wilcox, the Bushes have started appealing for information about their sons by posting all the details they know about them on Facebook in the hope that someone who knows them will get in touch.

The Facebook appeal post, which has been shared more than 5,000 times, describes how the boys were given up for adoption through the Catholic Charities organisation.

Details known about the boys include that they were born on March 9, 1972 in Dodge City, Kansas and were delivered by a Dr Arnold Baum at the city’s Trinity Hospital, what is not known is if they were kept together.