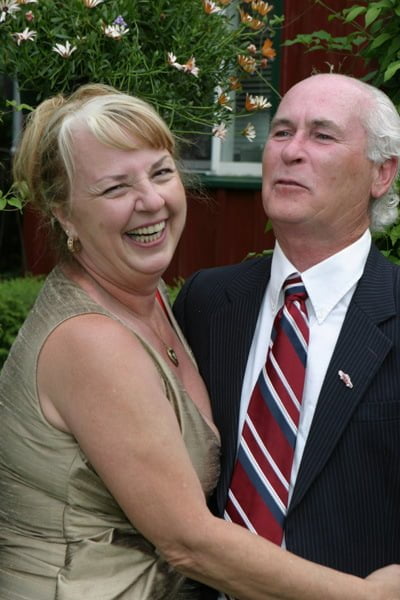 As more mothers come forward to push for an inquiry into Canada’s historic adoption practices targeting unmarried women, fathers have emerged to say they, too, were coerced into surrendering their children.

In Sutton, Ont., Raymond Cave said he was never asked to sign a surrender document in 1967, even though the people handling the adoption knew he was the father. In Saskatchewan, Bernard Shepherd said he was only allowed to look at his baby before signing the surrender document, and said he was never told about the option for a temporary wardship so he could take some time to consider raising the child with his mother’s help. And an adoptee remembered how when she contacted her natural father, he had no idea she existed.

“There’s a whole other side to this story,” said Mr. Cave, whose high school sweetheart, Linda Dawe, got pregnant at age 17 in 1966, when the couple was teenaged and too young to legally marry. “The fathers had no say — no legal rights. No one was ever supposed to know who the father was, let alone come ask me for a signature. It was like I didn’t exist.”

The Salvation Army said on Monday it is conducting an internal investigation into its maternity homes after the National Post reported the stories of several women who say they were coerced into giving up their babies decades ago because they were not married.

Since then, an adoption-oriented Facebook group has been flooded with comments from mothers. “Honestly I never thought I’d see this day,” a woman named Lori wrote on the Facebook page for Origins Canada, which is pressing for a federal probe into this country’s adoption practices. “Validation is an amazing healer,” wrote Sharon Pedersen.

But Mr. Cave is telling the fathers’ side of the story, just as more and more mothers register with Origins Canada for any future federal inquiry. Governments across Canada are also expected to soon be hit with a series of provincial class-action suits, accusing them of kidnapping, fraud and coercion, according to Tony Merchant, the prominent lawyer heading the pending actions.

Although Mr. Cave and Ms. Dawe lost touch soon after they surrendered their daughter, Karen, in 1967, they reunited in 2006 at their Sir James Dunn high school reunion in Sault Ste. Marie. Now married and reunited with their child, the couple are sharing their story.

They fell in love in Grade 10, but when Ms. Dawe became pregnant, her religious parents sent her to the Salvation Army’s Bethany maternity home in Toronto, where she was told she had no choice but to give her up her unborn child, she said. Mr. Cave said the home permitted only family to visit Ms. Dawe.

When Ms. Dawe was eight months pregnant, Mr. Cave saved up some money and took the train to arrange a secret meeting. Ms. Dawe got a pass to leave the home for a few hours, and the couple met at the King Edward Hotel, where they said they struggled to scheme a plan to keep the child. They had sex, too, and laughed because “she couldn’t get any more pregnant,” Mr. Cave joked.

One month later, Ms. Dawe gave birth at the Salvation Army’s Grace Hospital, where she said she was not given any painkillers, despite needing 100 stitches after labour. She said she does not recall signing a surrender document then, but she did not leave the hospital with her baby in her possession.

A month later in a Sault Ste. Marie courtroom, Ms. Dawe officially surrendered her child. When she asked to put Mr. Cave’s name on the surrender papers, she said the court clerk told her it was no use. His name would be whited-out.

The couple said they were never told of their right to revoke consent if they changed their mind during a cooling-off period, nor of the option for a temporary wardship, which might have bought the couple time since Ms. Dawe had turned 18 and could legally marry.

Herbert Allard, a retired Calgary judge who was a high-ranking child welfare worker in the early-1940s and 1950s, said fathers were treated as “non-persons.” They sometimes signed surrender documents under the threat that children’s aid would come after them for exorbitant amounts of child support, one historian has said.

“We didn’t think they had rights at all,” Mr. Allard said, adding that some men took advantage of the cultural norms and left the woman to deal with the child alone. “If some men did want to keep the baby, it didn’t matter. They had no status.”

Mr. Merchant said since the National Post’s report on Saturday, about a dozen more people have come forward to join prospective class-action suits. Mr. Shepherd, for his part, said he is considering joining any future suit in Saskatchewan and hopes he will someday connect with his son, who will be 31-years-old on Nov. 4.

“I think if I’d had just a little time, if I’d been given some options, I at least could have talked to my family about it,” said Mr. Shepherd, who was 21-years-old when he got his then 19-year-old girlfriend pregnant in 1981. “That’s what was so disappointing.”

Mr. Merchant said he now has prospective plaintiffs in all provinces Quebec westward, as well as in Newfoundland & Labrador and New Brunswick.

“When a child is taken,” he said, “that cuts the father off from the child just as much as it cuts the mother off.”

Source :  Father’s had no say: Men tell another side of coerced adoption story