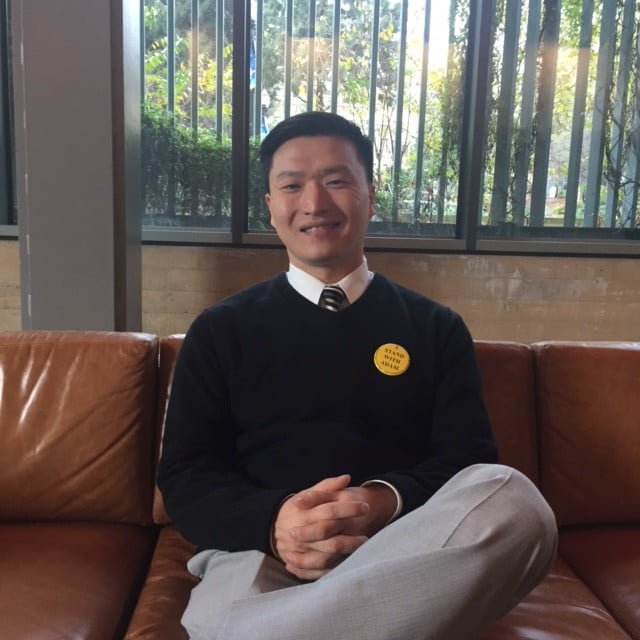 In the spring of 1979, Adam Crapser (today a father of three children), was adopted from South Korea to the United States. Despite being adopted by two sets of United States citizens and believing for decades he was a citizen of the United States, he is in the process of being deported back to South Korea. Adam does not speak the Korean language and will have a difficult time adjusting to a country he was removed from as a toddler for intercountry adoption. After learning of the news, Adam worries for the future of his family and for other intercountry adoptees like him. According to the Adoptee Rights Campaign, an estimated 35,000 overseas children were adopted to the United States, and like Adam, are still not citizens.

Look inside for Adam Crapser’s narrative on his adoption and many others like him.

In 2015, Adam contributed to the Korean anthology, The “Unknown” Culture Club: Korean Adoptees, Then and Now. Within the pages of the book, which shares the narratives of more than twenty Korean-born adoptees, Adam shared, “All I wanted was to be the best American I could be.” He spent the first six years after his adoption under the authority of an abusive adoptive father and then sent to another abusive family. Despite this, he shared, “I truly believed they [adoptive families] were my family.” The upset magnified on January 30th, 2015, he says, “when the United States Department of Homeland Security served me with deportation paperwork.”

“My [Crapser] parents were eventually charged with 34 counts of rape, sexual abuse and criminal mistreatment of us. They plea bargained and Mr. Crapser (Adam’s second adoptive father) was convicted of child rape, child sex abuse, and criminal mistreatment” The Seattle Times   His adoptive father’s punishment was jail for 90 days, a $5000 fine and two year probation.”

Adam readily admits to breaking into his adoptive home at the age of seventeen to retrieve two childhood keepsakes, a Korean Bible and the rubber shoes which came with him from the orphanage. and then charged upward on the Oregon sentencing grid as an adult, at age eighteen. He also admits to making several bad choices after serving time in prison.

“He said his parents withheld his adoption record for years, so it wasn’t until 2012 that Adam Crapser submitted a green card application — which set in motion his path to a deportation hearing.

Adam Crapser said he takes full responsibility for his crimes, but he has “done his time” and “changed his life,” according to the investigative reporter, Gosia Wozniacka of the Associated Press. Adoptee From South Korea Faces Deportation From US

The Korean-born adoptee community are concerned about his children and hope that Adam (and his family) will be able to adjust to the judge’s order.  Adam waived an appeal, and is in the process of deportation today at the time of this writing.  For those who want to send him a message of support, please email info@vancetwins.com with his name, ‘Adam Crapser’ on the subject line.  Adoption facilitators have ignored this issue.

After the hearing, Adam said, “While I am disappointed in the judge’s ruling and worried about my family’s future, I hope that what has happened to me will further demonstrate the importance of passing the Adoptee Citizenship Act.” Adoptee Rights Campaign

When asked how Adam would like the donations to be used, he responded that he would like it to go to the Adoptee Rights Campaign.  For the months of November and December, buy the The “Unknown” Culture Club  and the Vance Twins will donate $5.00 to help Adam Crapser.  After you get the book, write “For Adam” on the subject line to info@vancetwins.com. Be sure to include a review on Amazon to support Adam and the brave contributors of the book.

Watch: South Korea adoptee pleads to stay in the U.S.